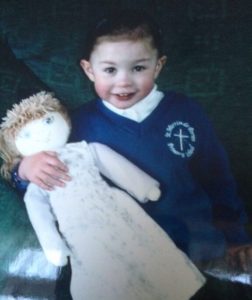 Molly with the first Molly’s Dolly

Molly was born on 15 December 2001 with Truncus Arteriosus type one with a ventricular septal defect (VSD) and an atrial septal defect (ASD), she had open heart surgery at three weeks old in January 2002. When Molly got older around the time she was about to start primary school, she began to question her mother Ita about her scars.

Molly’s questions and the difficulty Ita had trying to explain the scars and the condition gave her an idea. Ita contacted the CHF information line with the suggestion that they provided rag dolls with surgical scars to match those of a child. CHF Chief Executive, Anne Keatley-Clarke quickly saw how the dolls would benefit many other children with heart conditions and investigated how the dolls could be created. The first scarred doll produced was given to Molly and the dolls were named ‘Molly’s Dollies’** in her honour. 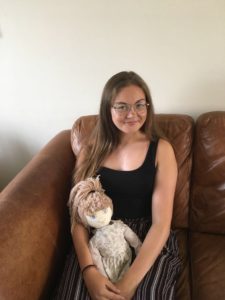 “I am so proud of what this doll has achieved. Hundreds of heart children can educate themselves and understand who they are and be proud of what they have gone through.”

When Molly was 11, she was also diagnosed with Raynauds Syndrome, which means she has quite mottled skin and gets very cold in the winter. At twelve she underwent further surgery at Great Ormond Street Hospital and had a Melody valve fitted. Molly counted herself lucky to have had so little treatment compared to some children with heart conditions.

However, in September 2016 Molly contracted infective endocarditis. She was in and out of hospital for six weeks and had a PICC line fitted and was given three types of antibiotics. It was discovered at this time that Molly is allergic to penicillin and she went into anaphylactic shock. This made Molly feel very ill and it took her a long time to fully recover and meant a long absence from school. 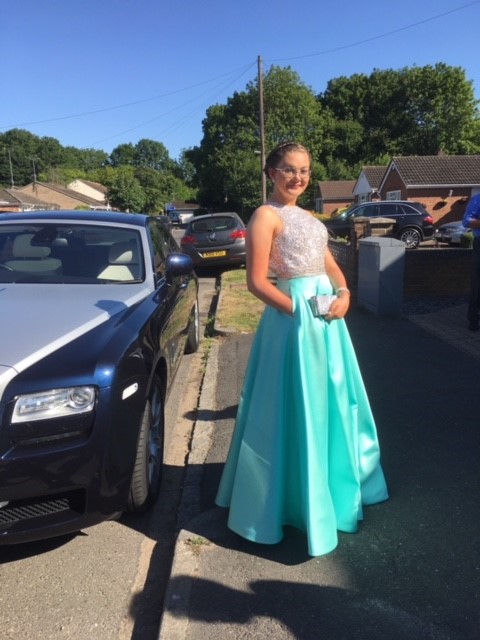 “Great Ormond Street hospital has been amazing with my care and treatment over the past 16 years. I cannot thank the hospital staff enough, especially my consultant Dr. Khan Adkins and all of his team. Soon, I will be leaving GOSH and moving onto St Bart’s Hospital in London.

“My high school (Cardinal Newman RC high school, Luton) really supported me throughout my many absences and at the end of year 11 I was given the award for “Academic Endeavour in the face of Adversity”.

Now Molly is 16, has completed her GCSEs and achieved eight passes with good grades including an A in Health and Social Care, she went to the school prom. She enjoys writing and public speaking, watching TV and going to concerts, eventually she would like to become a nurse, helping children like herself and Dominic.