CHF are sharing Keira and Max’s story told to the BBC:

‘Keira Ball was nine years old when she died in a car accident. But her donated organs saved the lives of four people, including Max Johnson, who received her heart.

Max, together with his and Keira’s parents, told the BBC their story.’ 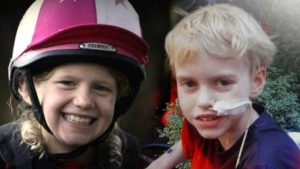