CHF attended the Knit and natter group at Bishop’s Stortford Methodist Church with a whole crowd of Molly’s Dollies.

Demand for our Molly’s Dollies is increasing steadily so Joanna Heath Project manager for CHF had approached the Knit and natter group leader Kate Rowe asking if the members would be willing to embroider scars on to the Molly’s Dollies. Kate agreed saying that the members were very enthusiastic about helping out.

It was a very productive morning and Joanna left with two large bags full of scarred dolls to distribute to children with heart conditions. The members all thought the dolls were a lovely idea and were interested to hear about them and the children who receive them.

Another sewing session is planned for later in the summer when hopefully enough dolls can be completed to keep the CHF supplied for a year.

Find out more about Molly’s Dollies. 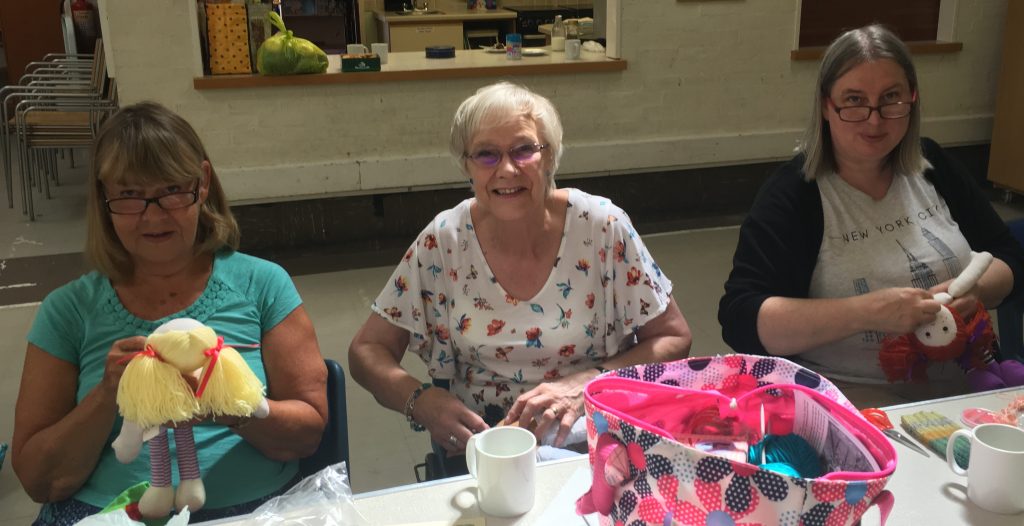