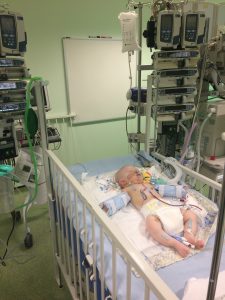 Told by his mother Julie.

My son Sebastian was three months old when doctors discovered he had two holes in his heart.

In December 2016 Sebastian had became very ill and after collapsing at home was rushed by ambulance to our local hospital.  He was being treated for bronchiolitis that had developed from a bad cold, but it wasn’t until he collapsed at home that he first went to hospital. There had also been concern about him struggling with feeding and not gaining enough weight.

We found out after three days in hospital that Sebastian had a heart murmur that needed investigating.

Sebastian was given an echocardiogram to find out what was causing the murmur.  Shortly afterwards the medical staff told us he had a ventricular septal defect (VSD) and an atrial septal defect (ASD). It was scary to hear these words as we were in unknown territory! It was explained that Sebastian’s condition meant that his lungs and heart had to work harder. This, in turn had caused Sebastian to have trouble feeding and gaining weight.

Sebastian spent his first Christmas in hospital, an extremely worrying time for all the family and a lot for us to take in.

So much goes through your head. We were very concerned about what our son was going through, but we also had our two-year-old daughter to think of. We struggled to explain to her what was happening and to make sure Christmas was still fun for her. 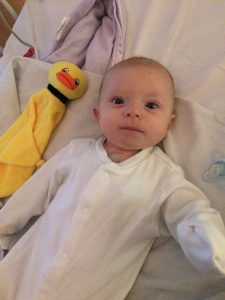 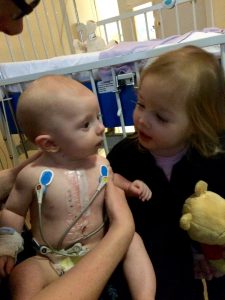 After a difficult Christmas, we felt reassured when Sebastian was transferred to the Evelina hospital in London.

We were referred to Dr Aaron Bell at the Evelina and we knew we were in safe hands. All of the staff at the Evelina were extremely helpful and calm and were happy to answer any of our questions or concerns.

Sebastian had open heart surgery at the Evelina when he was five months old, and the holes were successfully repaired.

Later that year, however, Sebastian started to suffer from breathlessness. Dr Bell and the cardiology team ran multiple tests and discovered that scar tissue (subvalvular aortic stenosis) had formed in Sebastian’s heart, which was causing a narrowing of the artery.

Our family faced more worry when it was decided that Sebastian would need another operation. In July 2018, at 22 months old, he underwent his second open heart surgery to cut away the scar tissue. 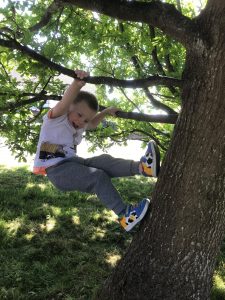 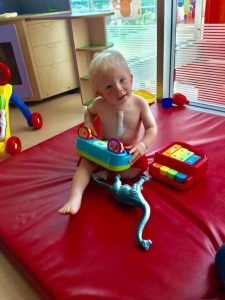 Even though we’d been in the position before and we had confidence that the surgery would be a success, the fear we had the first time around didn’t go away. However, less than 24 hours after the surgery, Sebastian was running around the playroom on the ward like nothing had happened.

Sebastian’s recovery has been astounding. He’s just like any other little boy. You wouldn’t know that he’d been through two huge surgeries at such a young age. However he has a kink in his heart that means the suprasternal notch pulses more at times. His body can’t regulate temperature so we have to take care he doesn’t get too hot or too cold.

For the time being he is on six-monthly check ups and is just like any other little boy.