Told by his mother Charlene 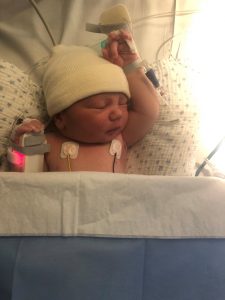 My partner and I found out at my 24-week scan that the baby I was carrying had a heart condition, this was missed at the 20-week check-up but once detected I had lots of scans so the medical team could be prepared. 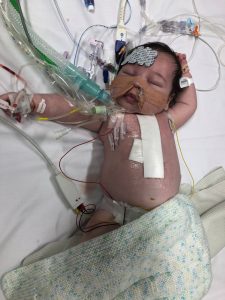 moved to Bristol Children’s Hospital. We stayed at this hospital for a further week before being allowed to take Louie home as he was doing so well. However, not long after arriving home Louie started to have blue spells and his oxygen SAT levels went down to the 50s, he got blue lighted to the local hospital and then transferred to Bristol again.

After four days at Bristol Children’s Hospital, Louie had a catheter procedure and had two stents put into his heart, this helped him so much and after a short stay we were back home again for about a month. Unfortunately, the blue spells recurred and so we returned to Bristol where Louie had his first open heart surgery at just two months old.

Louie’s heart is on the right side of his body (normally it is on the left) and points in the wrong direction, this made surgery difficult as the coronary artery was in the way and a shunt was put in rather than a full repair. We stayed in hospital for a month in total and Louie was much better this time around, he had a bit more energy and seemed better “in himself”. The doctors said he would need more surgery when he reached the age of one. 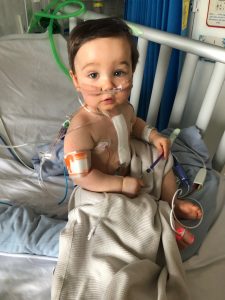 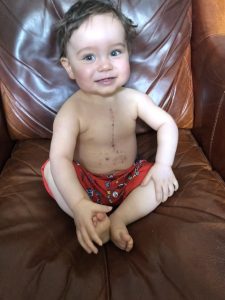 As planned, one month after Louie’s first birthday he had his second open heart surgery, this time the surgeon was able to do the full repair (close the hole in the bottom two chambers and open the pulmonary artery more as it was too thin) the shunt was replaced with bigger tubing to help with blood flow.

The difference in Louie was immediate, his lips, fingers and toes were no longer blue but lovely and pink and his oxygen SATs were in the mid-90s which he’d never reached before. The energy Louie has now is unbelievable, he’s like a new child, he can finally keep up with his big brother and play longer and not get tired.

I am beyond grateful for everything the doctors and nurses have done in both Cardiff UHW and Bristol Children’s Hospital I cannot thank them enough.

Louie has Tetralogy of Fallot and Dextrocardia with Situs Inversus Totalis.

More information about Tetralogy of Fallot.