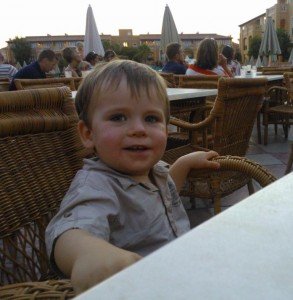 “My pregnancy was normal, nothing came up at the scans. The birth was normal and all checks carried out to Jack when he was born came out fine.

In hindsight there were early warning signs that if known about could have raised the alarm, such as at day 5 when he had his heel prick his feet were cold even though he had socks on and were soaked in warm water. The midwife struggled to get blood for the test.

At day 9 I rang the midwife as I was concerned about Jack’s breathing and he seemed particularly sleepy. When she came she advised to take him straight to hospital as his respirations were high, she thought it might be a virus.

At the hospital they took his blood oxygen levels. In his feet they could not get a reading but they put this down to faulty equipment, in his finger they got a reading. This did not cause them any concerns where as in hindsight this should have set alarm bells ringing.

Jack was sent to have a chest x-ray, this came back clear. The doctor was about to send us home but luckily a senior nurse said that Jack’s respiration was getting worse and that it could be a heart problem. They decided to do blood tests and an echogram but again they were struggling to get any blood, at this point he collapsed and stopped breathing.

The crash team were called and he was taken away from me. This was the last time I held him for 2 weeks. They closed the ward and tried to resuscitate him and make him stable for what seemed hours. They called in a cardiologist from GOSH who came along with the CAT team. I was told after that half the team had said there was nothing more they could do but a couple wanted to carry on working on him so they carried on and finally they got him back.

We were rushed to GOSH in the early hours of the morning, we followed behind in a rapid response ambulance not knowing if our son would survive the journey from Luton to GOSH. When we arrived at GOSH he was rushed into CICU and after what seemed like forever we were told he had a coarctation of the Aorta and that he needed an operation. This was an operation they carried out regularly but due to his condition the antithesis advised us that he may not be able to keep him alive during the operation. 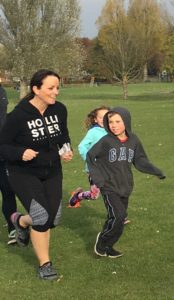 The operation lasted several hours and went well, he had a few days of ups and downs when we still didn’t know if he would pull through but thankfully he was a fighter.

Jack is now eight years old and to look at him you would never know what he had been through. He is still under GOSH and has checks every 9 months or so to check that the coarctation (scar tissue) isn’t returning as he grows. So far so good. 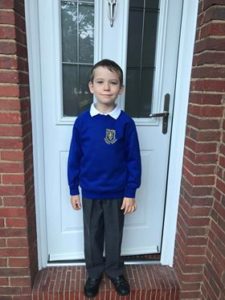 If the pulse oximetry test was carried out at birth and there had been more awareness of CHD’s and the early warning signs Jack’s symptoms may have been picked up earlier and his operation would have been more straight forward as he would have been in a stable condition.”