Told by her mother Maria.

“Gabby was born in December 2010. The day after her birth following regular checks we were advised that they had picked up a murmur and believed that it was likely to be caused by a hole in the heart that would probably close after time. We were told that Gabby would be referred to a cardiologist and we would just have to wait until the appointment came through. On receipt of an appointment letter we were given a date in February which we did not feel was soon enough. I phoned the hospital and managed to get the appointment brought forward. 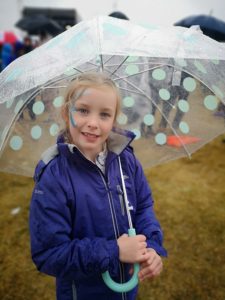 Gabby was born we were given a diagnosis of Tetralogy of Fallots and were informed that Gabby would need open heart surgery at around five months old. This was a massive shock as you can imagine as it was far more serious a condition than we had previously understood.

In May 2011 Gabby had her full repair at Bristol Children’s Hospital. The surgery took longer than expected as it took the surgeon two hours to get Gabby’s heart working without the bypass machine. We were all very well looked after whilst Gabby was in PICU but unfortunately when she was transferred to the ward we were offered no support other than from visiting family so we were glad to be able to go home after just seven days.

Gabby sees her cardiologist every two years and will require more surgery in the future to replace her valve.

Gabby has been dancing since she was in nappies and now does tap, ballet and modern. She is part of a youth theatre and plays the violin, ukulele and has recently started learning the guitar. She has ran in six junior parkruns locally.” 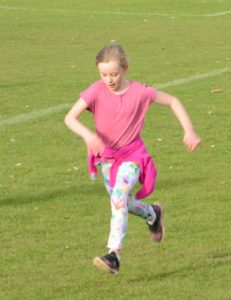 On Sunday 4th November 2018 seven-year old Gabby from Cheltenham ran with three other children, all with heart conditions, at the Beehive junior parkrun in Welwyn Garden City. Gabby completed the 2km course smiling all the way.

By taking part in parkrun Gabby is not only showing what children with heart conditions can achieve but will be improving her cardiovascular health which will improve her overall fitness and reducing the risk of her developing cardiovascular disease in later life.