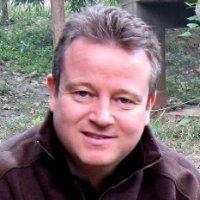 Richard joined the Children’s Heart Federation (CHF) in 2000 as Trustee & Treasurer. Richard is a qualified CIMA accountant with around twenty years’ experience and currently runs his own accountancy practice in Windsor & Maidenhead. Previously he held a number of senior finance positions in industry including Finance Director of a large software company. Being a Trustee has given him the opportunity to use his skills and knowledge to help in a not for profit organisation.

He has attended many charity events, lead a group of children & parents to meet the “real” Father Christmas in Lapland, represented CHF at the Houses of Parliament and even ran the British 10k and Great North Run to raise much needed donations for such an important and worthwhile cause.

He has met so many inspiring children, parents, staff and volunteers that it has really opened his eyes to the kindness, selflessness and devotion of others as well as the difficult times families face with a heart child. One other important part of his life is spending time with his wonderful wife and their super Labrador, Louie.