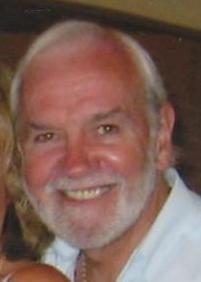 We had all just celebrated Mick’s 60th birthday on the Saturday night with a massive party which he had been arranging for the past 18 months; we are the type of family that have a party at the drop of a hat.  But Mick had ‘this thing’ about his 60th birthday and he wanted it to be a big celebration and I’m thankful that he was allowed that…  Mick collapsed and died  in front of me, his girls and friends on the Monday lunchtime just as he was coming out of the house to say goodbye to our eldest girl; he just walked out the door put his hands out to me and said “Gay I don’t feel right” and collapsed – he never knew what hit him and neither did any of us.  It was just like that – so sudden and without any warning whatsoever.

A few of Mick’s friends got together and decided that they wanted to do something in memory of Mick so “The Mick Devine Memorial Golf Day” came into being.  Two of his oldest friends got the trophy and two local pub landlords decided to host the event each year between them.  One year The Prince of Wales, the following year The William Webb Ellis.   The trophy stays with the public house whose turn it is to host the event that year.  The first year we raised funds for our local church to help towards a generator in one of their African Missions.  However the following year they asked me who I would like to sponsor and I just kept thinking about all the love Mick had left with us all and well the heart is where it all comes from so that was it; it just had to be to do with the heart.

Also a memory kept coming back to me of when I had come back from the hospital the evening that Mick had passed away and I remember through all the fog that surrounded me a young friend of the family crying and saying “Mick’s heart was so full of love it just burst” – bless her.

So that was it, he did have a ‘big heart’ so it made sense then to raise funds for ‘little hearts’ – it really was as simple as that.   And we obviously had the  connection in the family with Mick’s niece’s young son Nicholas who had been born with major heart complications, and who I believe he was the youngest child at the time to  undergo bypass surgery.  He also had many hospital stays and underwent a lot more surgery.  Thankfully he has grown to be a fit and healthy young teenage boy but it could have been so very different.

We will continue with the fund raising in memory of Mick for as long as people want to remember him in this way.

The Children’s Heart Federation would like to extend our sincere thanks to Gabrielle and all the friends, family and supporters who took part in the Mick Devine Memorial Golf Day.